You are here: Home › Gifts for 13 Year Old Girls in 2022
By Randy Paes on in Great Gifts for Teen Girls
ToyBuzz spends hours and hours finding the stuff that you will love. Just so you know, Toy Buzz may earn a small commission when purchasing through the many links on this page. As an Amazon Associate we earn from qualifying purchases. 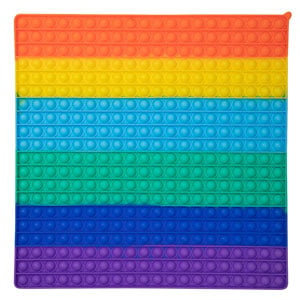 Fidget spinners are so last year. The hottest new fidget toy? Meet the “Pop It,” which is taking over Social Media. Available in many different shapes and sizes, these Pop It toys are like a modern stress ball. Finally, she can have something to do when she is doing something that is “boring.”

Can’t stop popping fidgets in your hands? Forget bubble wrap, Pop It fidget toys have started a craze. With 50 fidgets, this massive fidget set is like fidget heaven. It’s got fidget spinners, poppers, and even puzzles. Each one is loaded with so many fun fidget activities to keep kids busy. They won’t be able to stop popping. 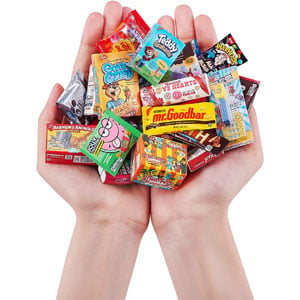 Collect cute mini replicas of your favorite brands like Hershey’s Chocolate Sauce, Jolly Rancher Candy, Icee Slushies and Otter Pops. Discover over 100 brands in Series 3. Can you collect them all? Will you find the rare Glow in the Dark and Metallic versions, or even Super Rare Golden Mini Brands? 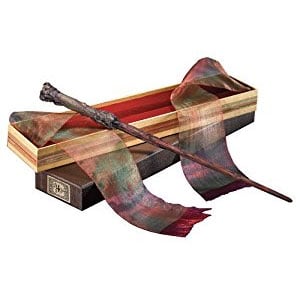 Here is a magical gift for any Harry Potter fan. Now Potterheads can live out their wizarding fantasies with this life-like replica Harry Potter wand. With realistic details from the movie, this plastic wand looks eerily similar to the one Harry Potter used in the movies. Budding wizards will love learning and casting spells from the Harry Potter books. Accio! 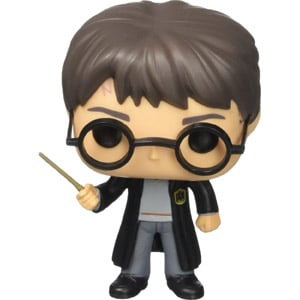 Funko is known for their little figurines featuring some of pop culture’s most iconic characters from Marvel superheroes to Disney characters. If you go into any toy store, the figures line the shelves. These figures all have unique body proportions with a big head and eyes and a tiny body. If she loves Harry Potter, she is going to want the complete collection of Harry Potter figures. 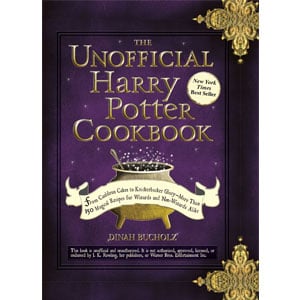 A cookbook designed especially for wizards? Other than the amazing storyline, one of the most memorable parts of the Harry Potter books was the food. Who wouldn’t want to eat pumpkin treats, tracle tarts, or weird meat pies. This recipe book lets her recreate all of the magical dishes from the Harry Potter books. With over 150 recipes, she is going to want to have a Harry Potter feast. 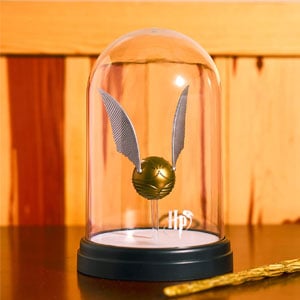 Who said magic only happens in Hogwarts? Who can forget the Golden Snitch? With a dome shape, this beautiful lamp lights up when you tap the top of it. Touch it again and it will turn off. Put it on her night stand for the most magical night light. Powered by USB, it’s perfect for lighting up the day of any Harry Potter fan. 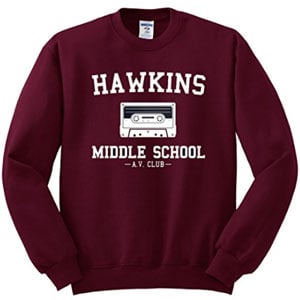 Is she obsessed with Stanger Things? Set in the 80s, this Sci Fi series is impossible not to binge watch on Netflix. Now she can look like she goes to Hawkins Middle School with this adorable sweatshirt. The only problem? She might develop an obsession for the sweatshirt too. 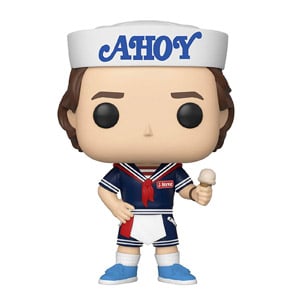 Funko Pop Vinyl figures are about to get even more popular. Now you can find all your favorite Stranger Things characters transformed into bite sized Vinyl figures complete with big heads and tiny bodies. It’s the perfect gift for the girl who can’t get enough of Stranger Things.

The Child Phone and Controller Holder 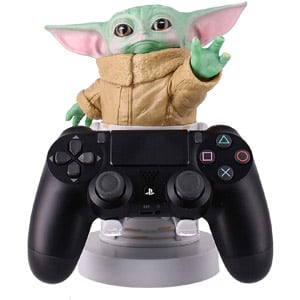 If your teen loves gaming, they are going to love this decorative decorative device holder that is designed to hold everything from smart phones to gaming controllers. There are a variety of gaming characters to choose from The Child to Call of Duty characters. What could be cooler than a Baby Yoda statue that actually holds your device. It’s a great addition to any gamers room.

Do Not Disturb Gaming Socks 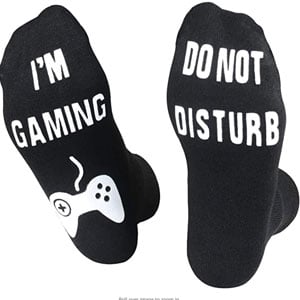 Everyone loves a good laugh. When she puts her legs up on the table, friends and family will get a kick out of these gaming socks which state: “Do not disturb – I’m gaming.” Made of a blend of cotton and spandex, she’ll be comfy while playing her favorite game with her is friends. What’s not to love? These will be his new go-to socks while gaming. 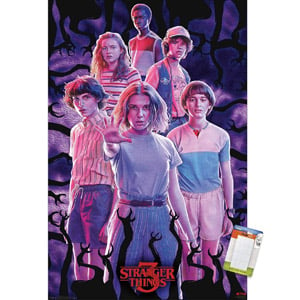 Stranger Things is one of the biggest hits on Netflix. The show capitalizes on 80s nostalgia, creepiness, and adventure. If she can’t get enough of Stanger Things, this Stranger Things Poster makes the perfect gift idea. It features all of her favorite characters from the show. You can get it either framed or unframed. Just make sure she doesn’t hang it upside down. 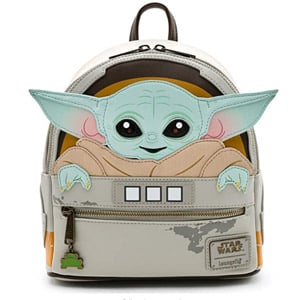 For those of use that can’t get enough of Disney, there is this adorable Baby Yoda bag. Could there be anything cuter than a bag with Baby Yoda. This shoulder purse is not only stylish, it is roomy. The best part? You don’t have to wait until the next episode of the Mandalorian. You can take Baby Yoda everywhere with you. 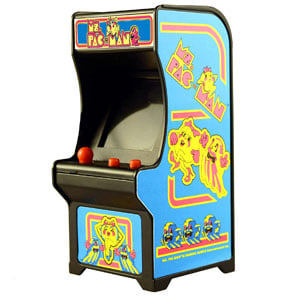 Bring home the classic arcade action of Ms. Pac-Man with this miniature arcade game. This arcade features an authentic and faithful recreation of the original Ms. Pac-Man arcade game, complete with decals and gameplay. There’s even mini joysticks and buttons so you can play until your heart’s content without worrying about poppin’ another quarter. Perfect gift for gamers. 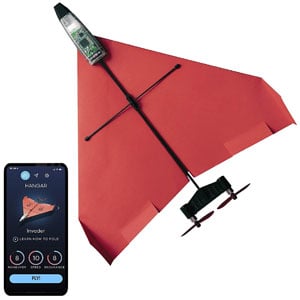 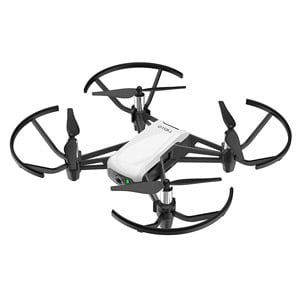 Drones are a blast to fly. While everybody might want to expensive drone from DJI, most of us will be happy flying this less expensive drone from Syma. The best part? You don’t have to worry about flying it into a wall and losing a thousand dollars. The Tello Drone is equipped with a 720p camera and is one of the best toy drones that you can buy. You get about 13 minutes of flight time. 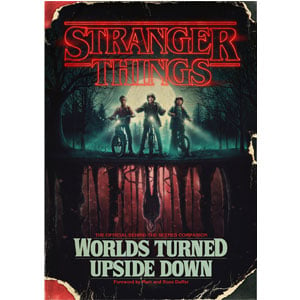 When Stranger Things first appeared on Netflix, it developed a huge following. Now Netflix and Penguin Random House are releasing the first official companion book for the show. Containing insider information, the book has interviews with the stars, early concepts, and even a sneak peak at the season 3. The coolest part? The book looks worn and torn. If she loves Stranger Things, she won’t be able to put the book down. 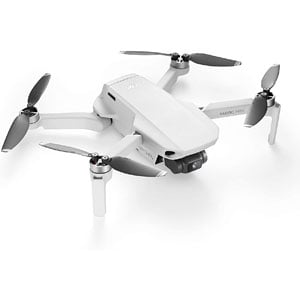 DJI makes many drones, but the DJI Mavic Mini is its cheapest drone. The DJI Mavic Mini is the drone every teenage girl wishes she could fly on Christmas morning. It’s got a built in 12 megapixel camera the takes 2.7K HD video. This tiny drone is extremely portable and has about a 30 minute flight time. Because you don’t even have to register it, this is the perfect drone for beginners and professionals. 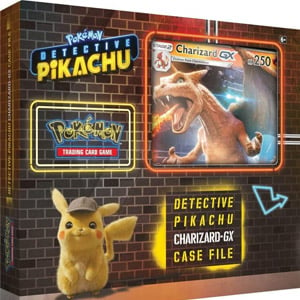 It’s fun playing the Pokemon games but there is something about physically playing the card game that you don’t get with the video games. Once you start collecting Pokemon cards it is impossible to stop. Pokemon requires playing different cards to perform moves and countermoves against your opponent. Each card has different stats. You always have to be one step ahead of your opponent. Nothing can beat the exciting feeling when you get a new stack of cards. 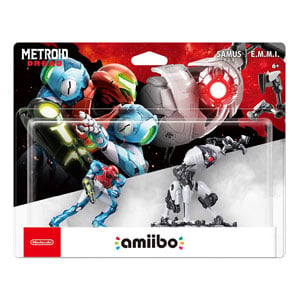 Amiibo figures are cute little Nintendo characters. You can put these little figures into your Nintendo games, but I think they are just fun to collect on their own.

Handmade with Love by Fatima 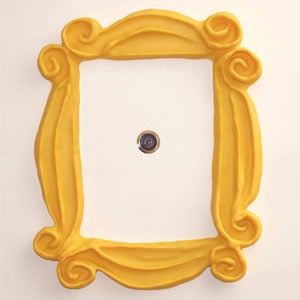 Does she love watching Friends on Netflix and repeating her favorite lines from the show? Friends lovers will love owning this quirky yellow Peephole frame that looks exactly like Monica’s. You can add it to any door using the double sided tape backing or command strips. It’s the perfect gift for the girl with a Friends obsession. 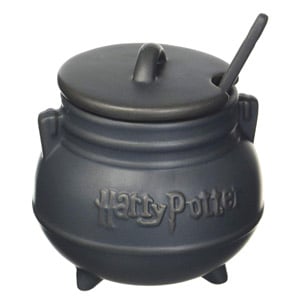 Sip from this cauldron shaped soup bowl and you will turn into a magical wizard. With a Hogwarts crest on the outside, this mug is something that any Harry Potter fan would love drinking out of. Holding 16 ounces of liquid, it might not be as big as a life size cauldron. Still, that doesn’t mean she can’t whip up a magical potion that wakes her up in the morning. 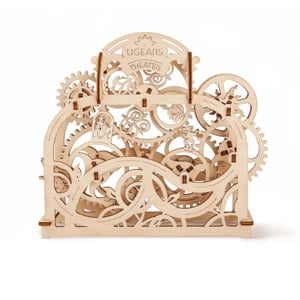 If you need an awesome gift idea, check out UGears line of self propelled wooden models. Using laser cut pieces, these models are engineering marvels. After you put this movie theater model together, you will be amazed at how just spinning one gear causes the other gears to spin at different rates. 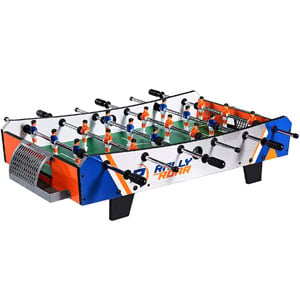 What teenager wouldn’t love a foosball table? Show off your wrist power with this full-sized foosball table from Rally and Roar that pits 13 players against each other. Invite your friends over for a Foosball tournament. There’s nothing more fun than playing foosball with your friends. The best part? It folds for easy storage. 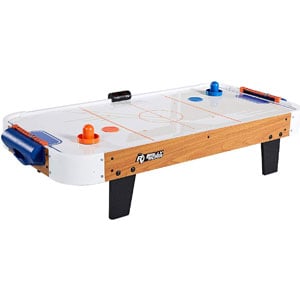 Want to play air hockey anytime? With this Air Hockey Game Table, you can bring the air hockey experience home. It features electronic scoring and the perfect addition to any game room. Best of all, it’s sturdily constructed for years of play. 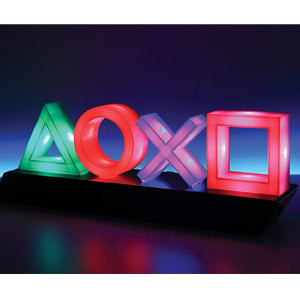 Your teen gamer who loves all things PlayStation will love this fun PlayStation-themed Icons Light from Paladone. It features the iconic triangle, circle, X, and square icons from the PlayStation controller and has 3 lighting modes. It’s a fun way to add a splash of personality to his room. What’s cool? It even reacts to music with a cool color phasing effect.