You are here: Home › Talking Justin Bieber Doll
By Ralston Paes on June 11, 2012 in Toy News
ToyBuzz spends hours and hours finding the stuff that you will love. Just so you know, Toy Buzz may earn a small commission when purchasing through the many links on this page. As an Amazon Associate we earn from qualifying purchases.

Want to see even more cool toys? Check out our holiday toy list 2021.

The Bridge Direct brought the world the first Justin Bieber Singing Doll and now they bring an authentic Talking Justin Bieber doll to Bieber fans. The Talking Justin Bieber doll bears a striking resemblance to Justin Bieber. The Talkin’ Justin Bieber doll features fashions worn by the pop celebrity. Bieber comes with a few accessories like a necklace, laptop and cell phone. Another one of the Talking Bieber dolls includes a stereo headset, microphone, and sunglasses.  Bieber will talk to you with 12 different phrases. For instance, Bieber will make statements, such as “I write all my own songs”, “You look very beautiful!”, “Skip whatever you’re doing and come hang out with me!”, “Singing is definitely my first passion”, “I dressed up for you”, and “I love the energy of being on stage” to name a few. Best of all, this doll features Justin’s unmistakable voice that fans will really appreciate. Fans will also be thrilled that they can even get their idol’s autograph on the packaging.

Why Bieber Fans Will Love It

Bieber fans can’t get enough of their idol, Justin Bieber. What better way to express your love for your idol than to bring him home. If you can’t bring home the real Justin Bieber, this is the next best thing. And by no means is this an ordinary doll. Justin will actually speak to you with pre-recorded phrases featuring Justin Bieber’s real voice! The Bridge Direct has magically brought to life Justin Bieber — in doll form, of course. He’s interactive, so fun to be around and play with. Younger kids will want to play with Bieber while older fans will simply want to collect the doll and display it as a showpiece. They can show it off to all of their friends. Girls will go gaga when they can finally bring home Justin Bieber and let’s not forget Bieber Fever!

* Bieber doll talks to you!

* Easy To Use and Play With

* True fans will want more than one 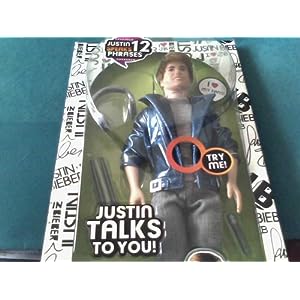 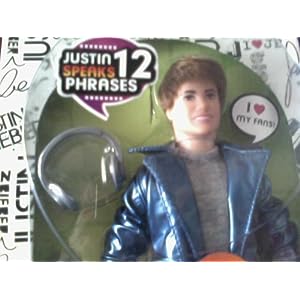 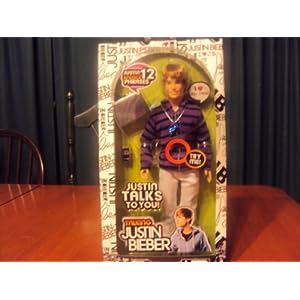 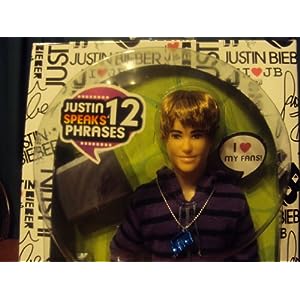 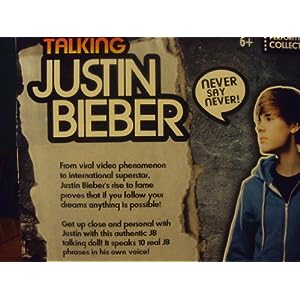 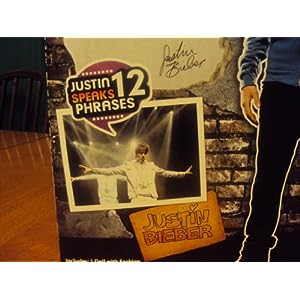 Where To Buy The Talking Justin Bieber Doll

Amazon has the Talking Justin Bieber dolls in stock! However, stock is extremely limited so act promptly to avoid disappointment! Orders over $25 fulfilled by Amazon are eligible for Free Super Saver Shipping.