You are here: Home › Beyblade Stealth Battlers
By Ralston Paes on May 12, 2012 in Toy News
ToyBuzz spends hours and hours finding the stuff that you will love. Just so you know, Toy Buzz may earn a small commission when purchasing through the many links on this page. As an Amazon Associate we earn from qualifying purchases.

Want to see even more cool toys? Check out our most popular Gift Guide on the kids christmas toys.

Why Boys Are Going To Love It 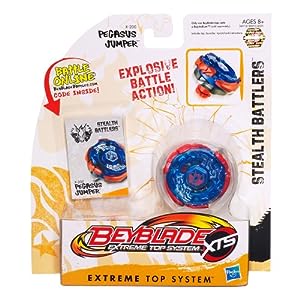 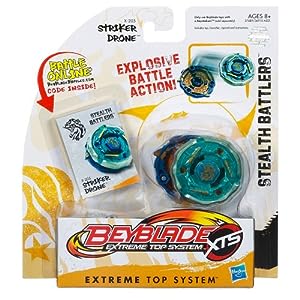 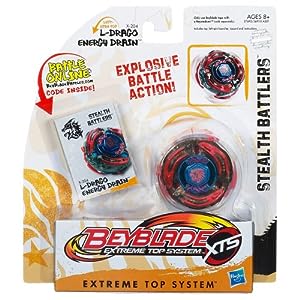 The Beyblade Stealth Battlers – Cetus Quake launches an earth-shattering quake attack on unsuspecting opponents when it collides with them. When this Beyblade battler collides with another battler, it tends to lose its stamina rather quickly. 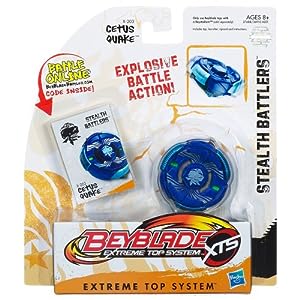 The Beyblade Stealth Battlers – Temp Hammer Hit features a hammer attack as a hidden attack. While the hammer idea is cool from a design perspective, it also acts as a detriment to the battle top, often causing it to stop and lose battles. This seems to defeat the purpose of the battler. 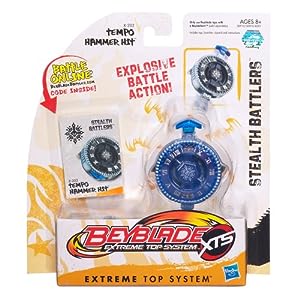 The Beyblade Stealth Battlers – Kerbecs Blade Blast features secret hidden wings that unleash on opponents when it collides with opponents. While this is a cool feature on paper, the execution falls a bit short. When the wings pop out, the battler stops almost instantaneously. Unfortunately, this kind of defeats the purpose of the battler. 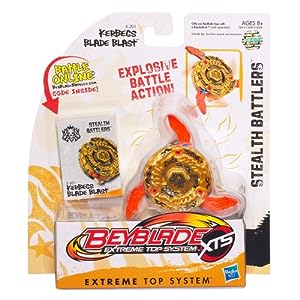 What Are Beyblade Owners Saying

“About the same BUILD QUALITY and FUNCTIONAL PERFORMANCE that Beyblades are know for.”

“A NEW TWIST on Beyblades.”

Where To Buy Beyblade Stealth Battlers

Amazon has all the Beyblade Stealth Battlers in stock for building your collection. You’ll save compared to retail prices plus orders over $25 are eligible for Free Super Saver Shipping.

The Beyblade Stealth Battlers are a great new twist on the successful Beyblades formula. These new Beyblades are fun and they offer great build quality and performance for the most part.  Clearly, not all Beyblade Stealth Battlers are created equal. There are some designs that are cool in concept but clearly they are lacking in execution. We have presented an unbiased viewpoint to help you in your selection process. Of course, for those true completionist collectors,  you’ll still want to add all of them to your collection. Overall, we’re confident that boys will love this new collection of Beyblades thanks to the new twist with hidden attacks. We don’t hesitate in recommending the Beyblade Stealth Battlers as they deliver pure fun and they are sure to be a hot collectible for the Christmas season.