You are here: Home › Star Wars Fighter Pods
By Ralston Paes on May 11, 2012 in Toy News
ToyBuzz spends hours and hours finding the stuff that you will love. Just so you know, Toy Buzz may earn a small commission when purchasing through the many links on this page. As an Amazon Associate we earn from qualifying purchases.

Want to see even more cool toys? Check out our most popular Gift Guide on the best toys for christmas.

Because the Star Wars Fighter Pods are sold as pack sets, it makes collecting easier and more fun.  Star Wars fans will be able to more quickly build up their collections. With these Star Wars themed minifigures, players can recreate epic battles from the movies or even create new battles. Each package contains authentic mini replicas of your favorite Star Wars characters. There are also pods included within each package.  In addition to the characters and pods, some of the packs include cool vehicles.

Why Boys Are Going To Love Them

Star Wars fans will love playing with their favorite characters from the Star Wars universe. The entire collection spans all six movies plus the Clone Wars. The rolling action is full of fun, excitement, and enjoyment. Kids will love battling with their figures to win. Kids can also use imaginative play to recreate some of the most epic battles from the Star Wars films. In addition, they can create new battles that have not been seen in the movies. They can even create a new storyline with the figures they collect and they can act out the scene, playing the role of a director. As you can see, there are endless possibilities with the Star Wars Fighter Pods. Ultimately, it’s all up to your child’s imagination.

Playing with the Star Wars Fighter Pods is simple. You can play with the minifigures just as you would with any other action figure. You can recreate some of the epic battles from the Star Wars motion pictures. And for even more fun, you can place the minifig inside a pod and roll them into action-packed battles. Minifigs that are knocked down are considered to be eliminated from the game. Players can even choose to place a pod in a vehicle and thrust it into battle by either rolling it, spinning it, or launching it into the fray. For dual and triple attacks, you can also combine pods. With Star Wars Fighter Pods creative play is encouraged, as there are no strict rules to this action-packed game. 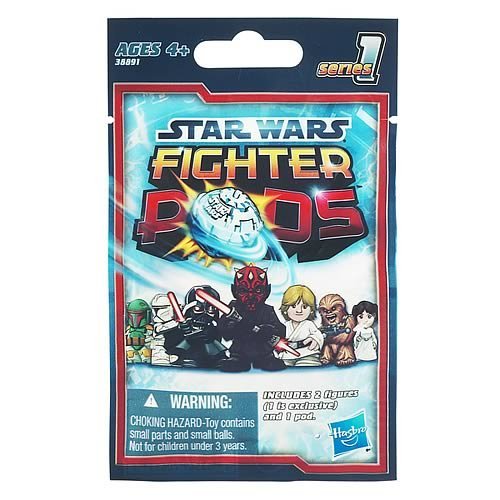 The Star Wars Fighter Pods Series 1 Mini Figure 4-Pack (Random Figures) pack features a big surprise in every package. You never know what you’ll get and that’s where the fun lies! Will you get Boba Fett, Clones, Darth Maul, Luke Skywalker, or another classic Star Wars character? The package includes 4 random Star Wars Fighter Pods figures and 2 pods. May the force be with you! 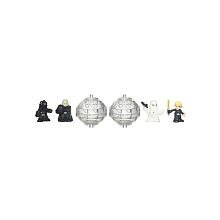 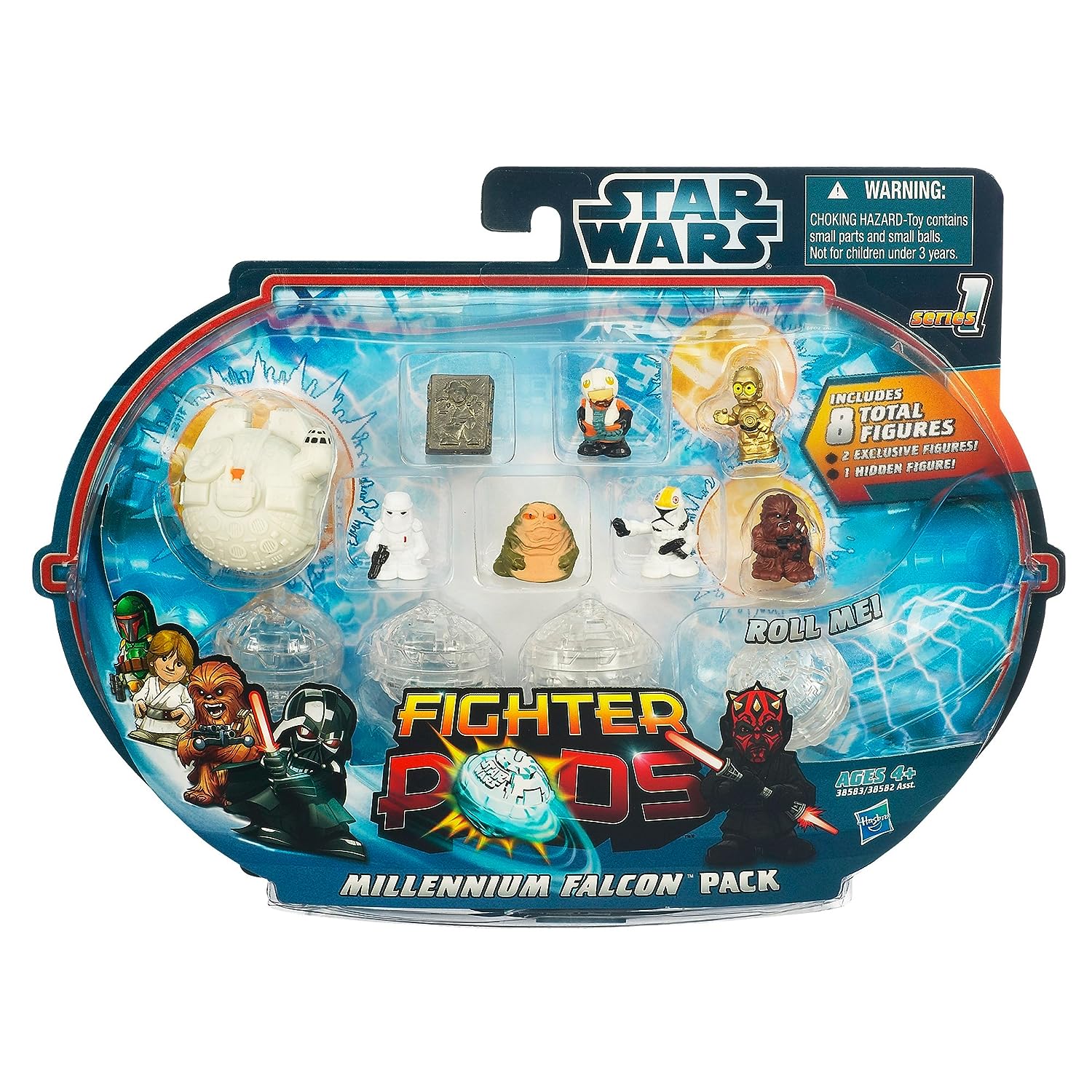 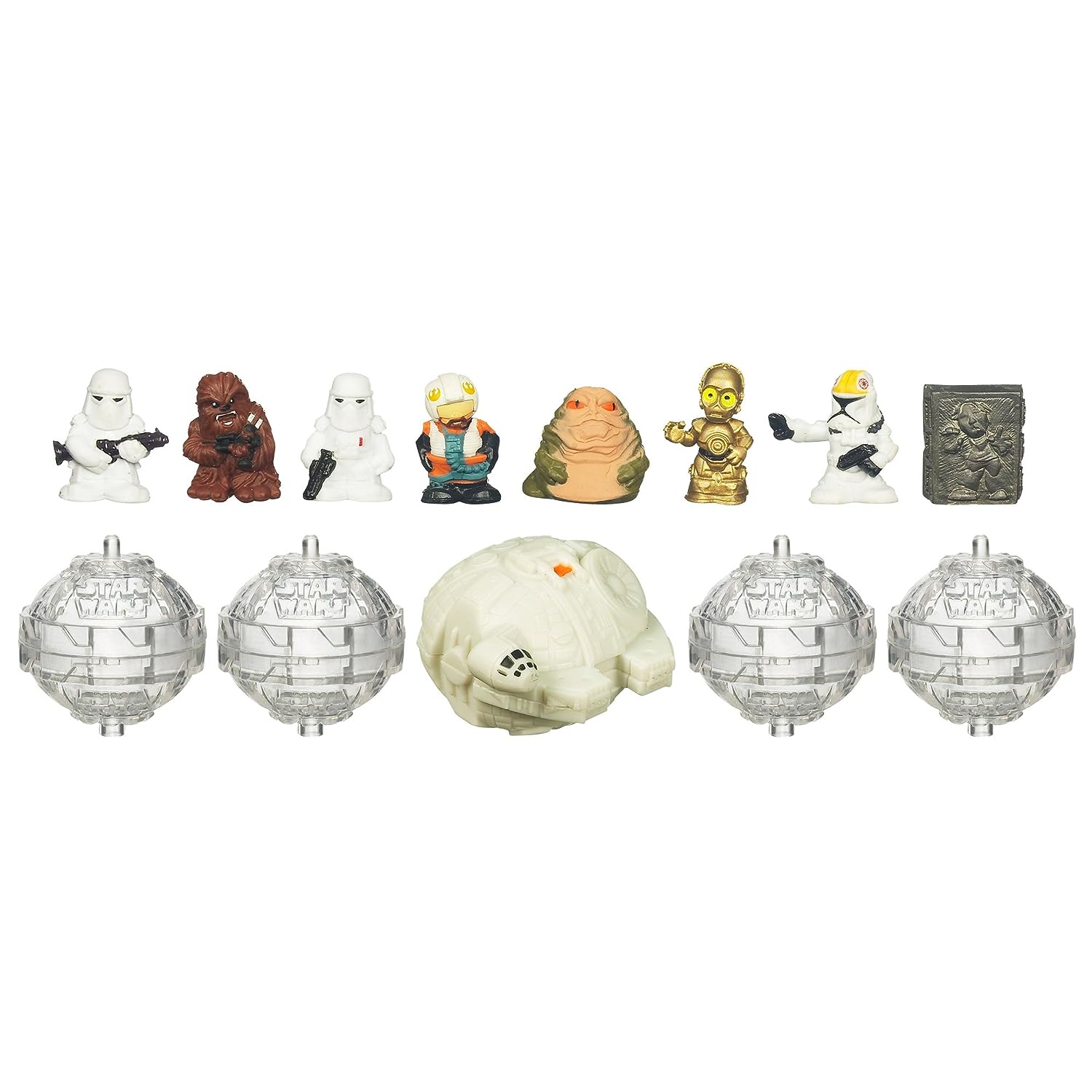 The Star Wars Fighter Pods Sith Infiltrator Pack – Series 1 – Mini Figure 8-Pack (Random Figures) is a surprise waiting to happen. It includes 8 randomly chosen Star Wars figures. One vehicle and four pods are included with this set. Two of the figures are exclusives while one is a secret figure that will be revealed when you open the package. 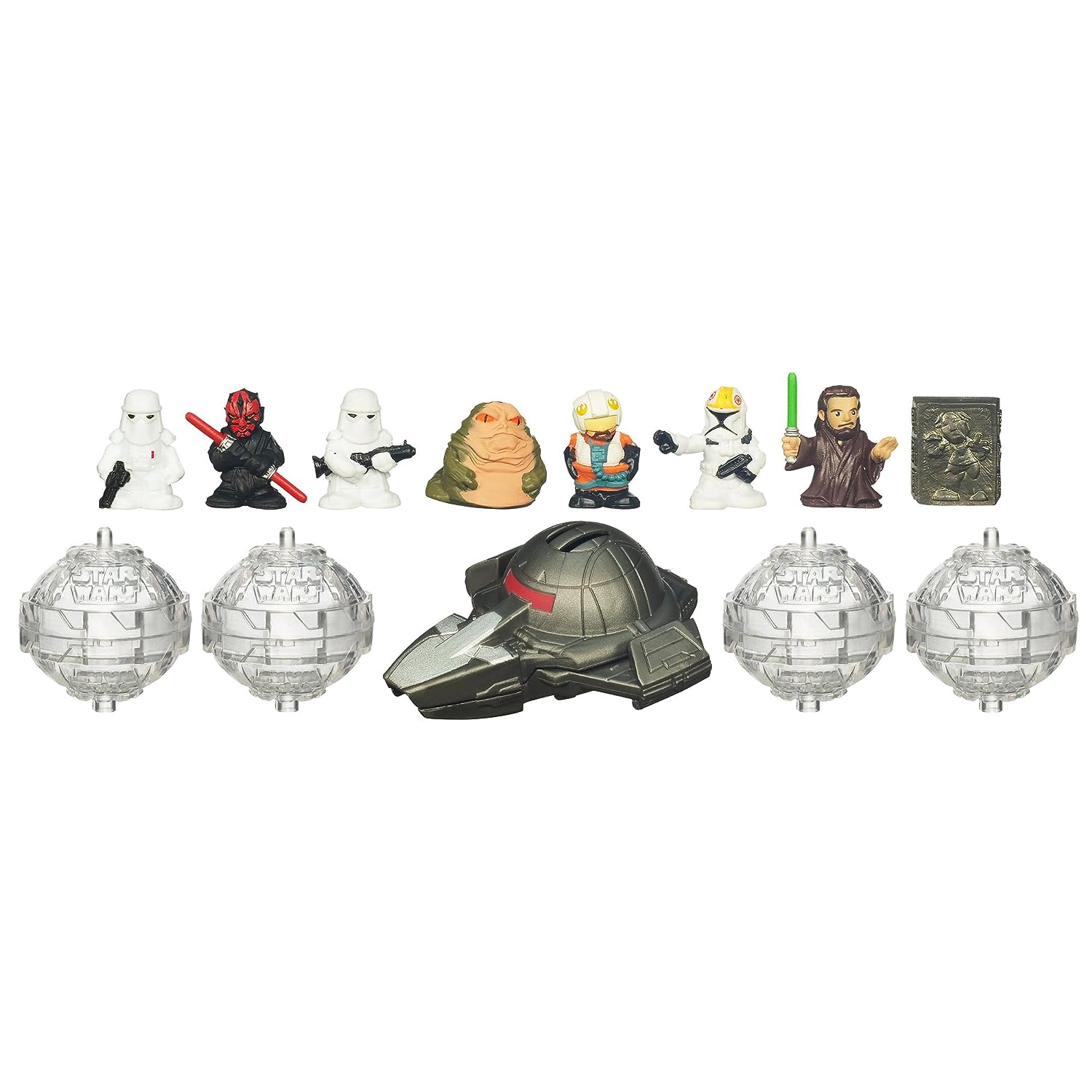 The Star Wars Fighter Pods Figure 12-Pack – Millennium Falcon Pack includes 12 total figures. 2 of the figures are exclusives while 2 are hidden figures. That means you’ll discover what they are when you open the package! One vehicle and six pods are also included. 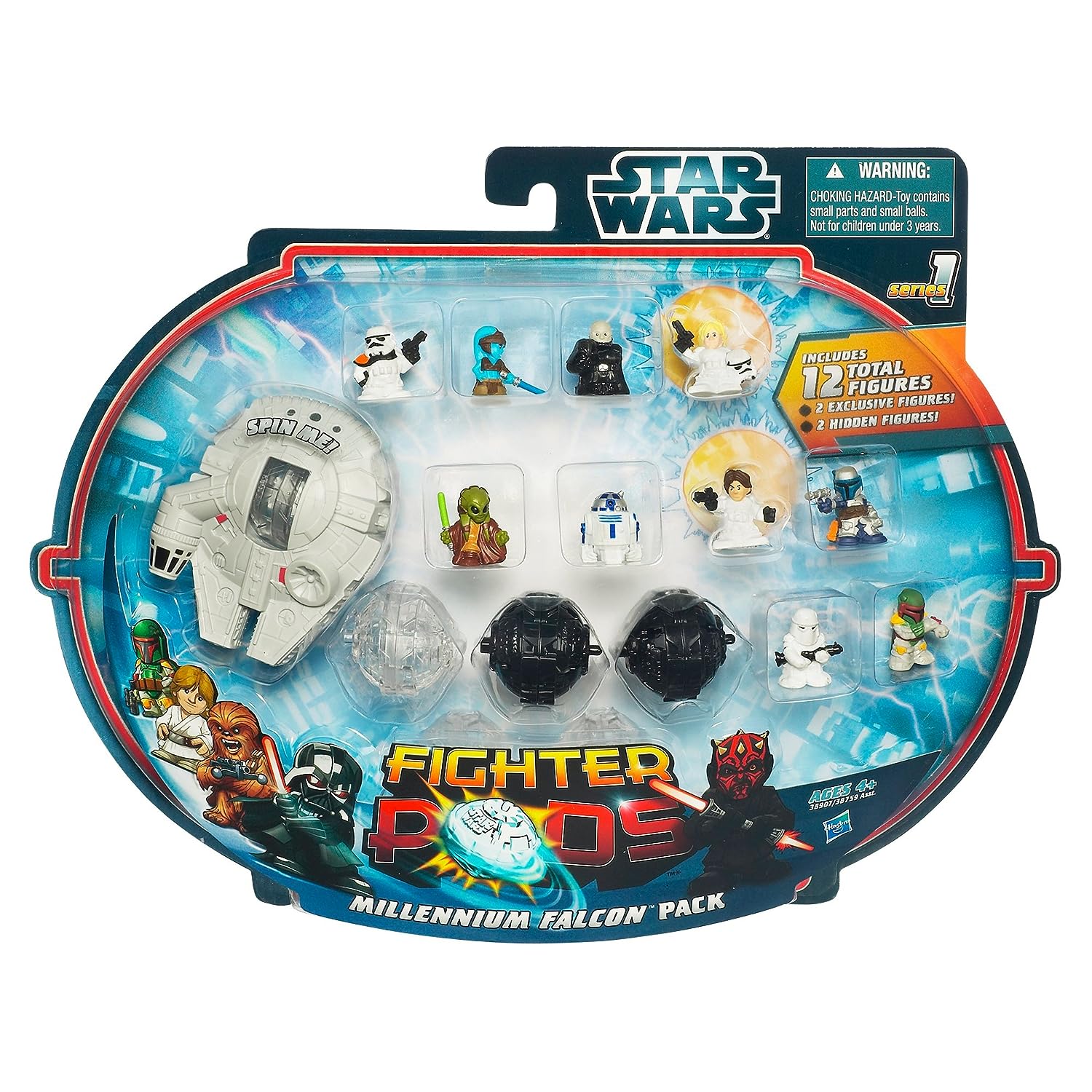 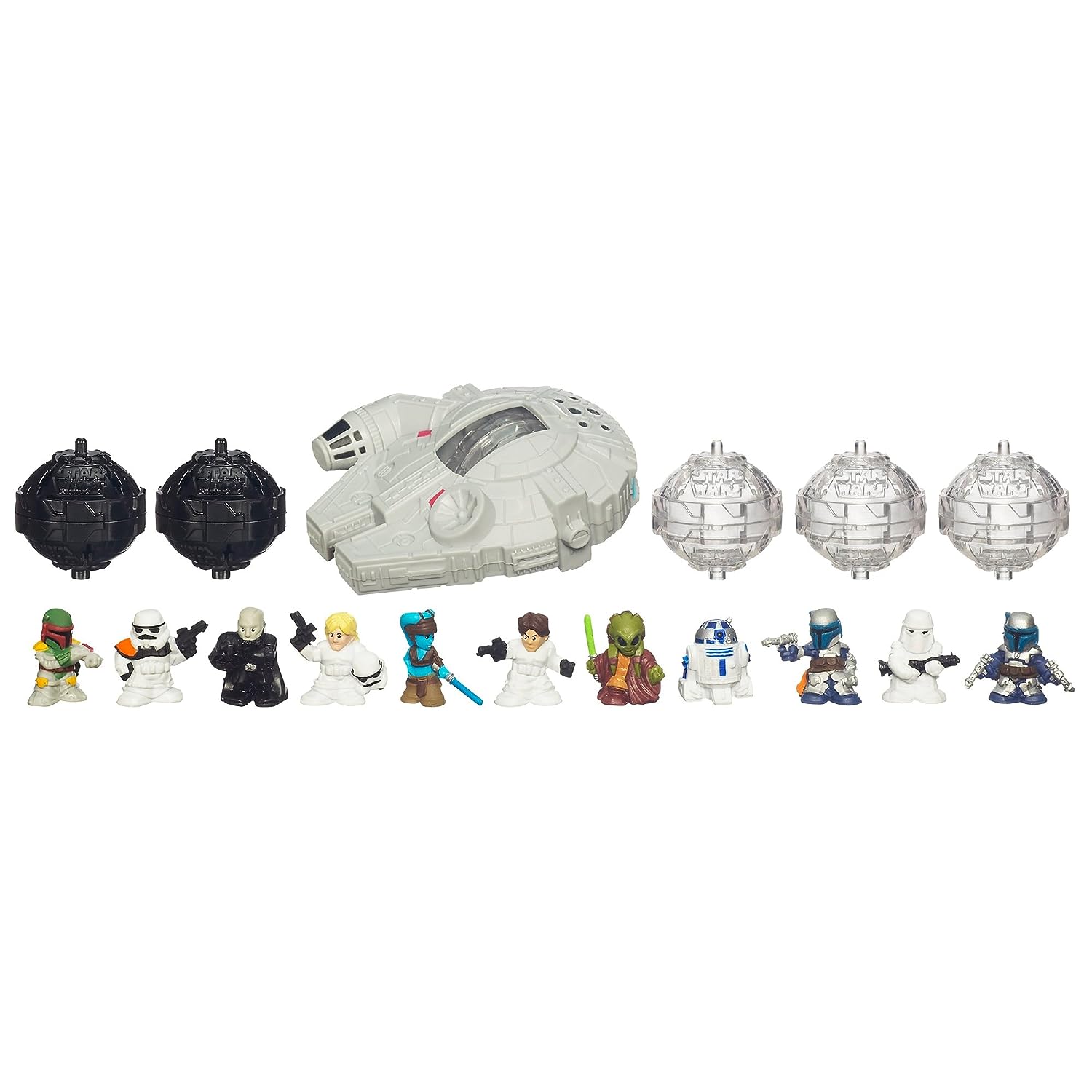 The Star Wars Fighter Pods Figure 12-Pack – Series 1 – Jedi Starfighter Pack includes 12 total Star Wars figures, 1 vehicle, and 6 pods.  Two of the figures are exclusives and there are two secret figures for fans to discover when they open the package. 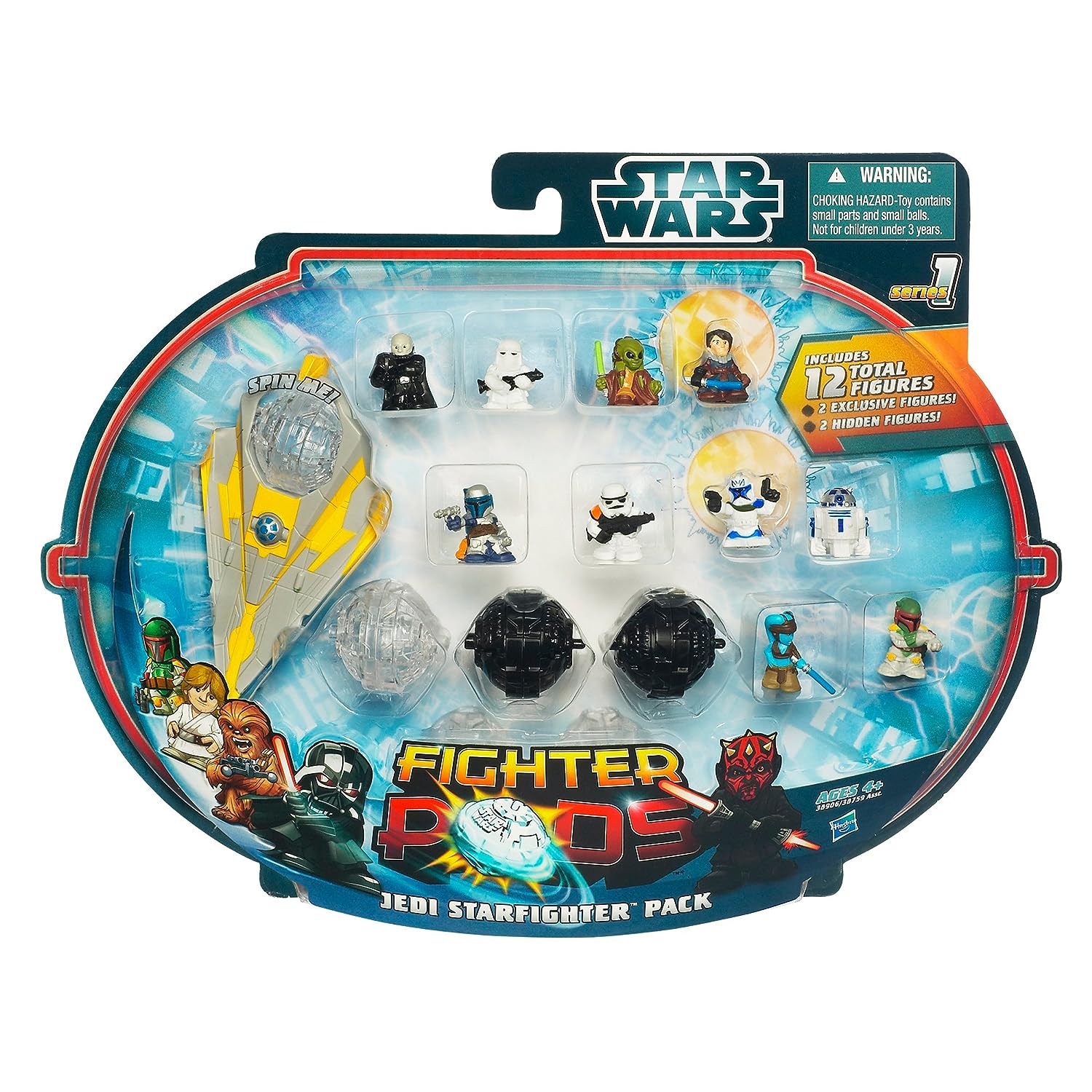 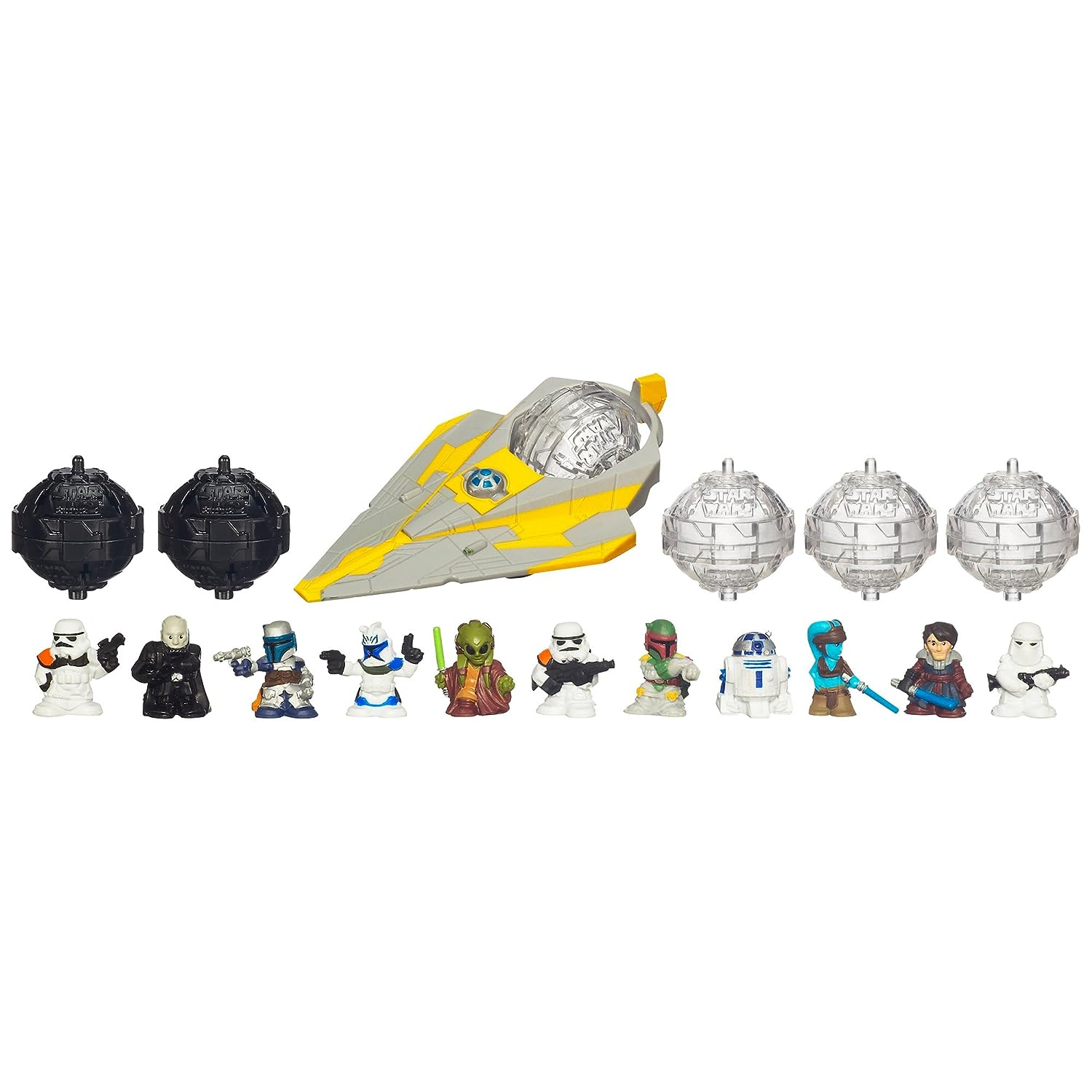 The Star Wars Fighter Pods 16 Figure Pack includes a total of 16 Jedi Starfighters in all, 2 vehicles, and 6 pods.  This pack includes 3 hidden figures as well as 4 exclusives. 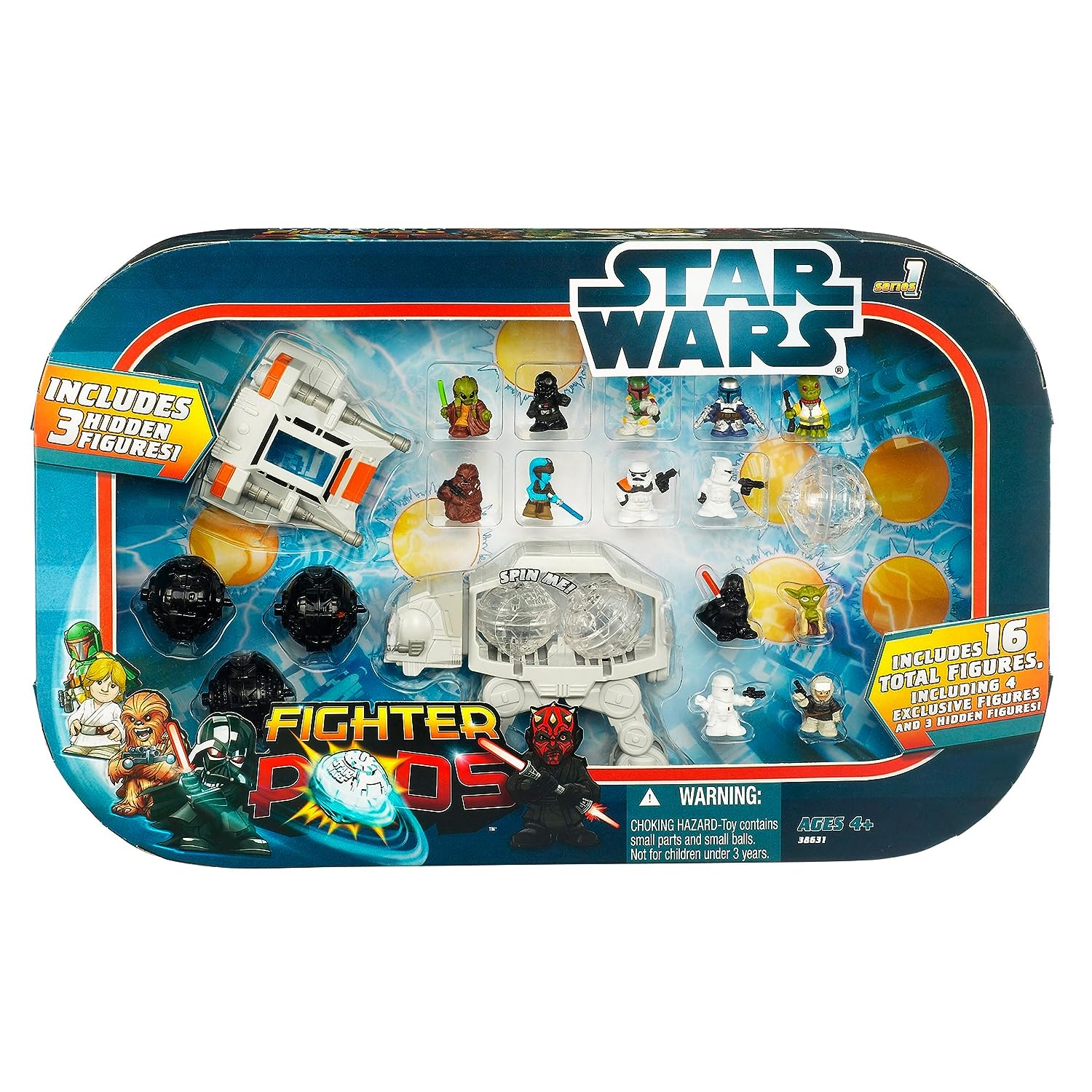 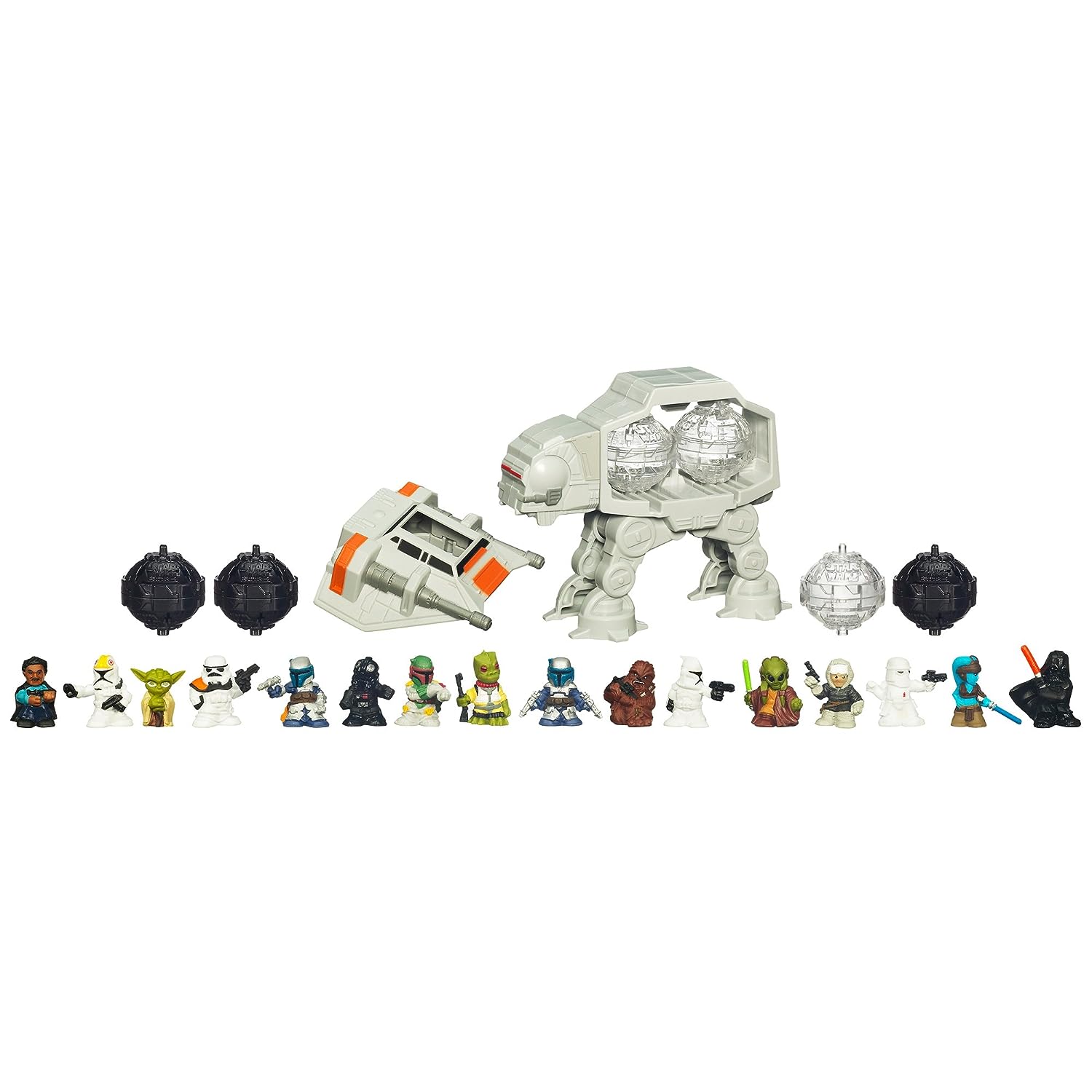 What Are Owners Saying

“These toys got my kids so EXCITED — they were jumping for joy, clapping enthusiastically, and and screaming with excitement.”

You can purchase the Star Wars Fighter Pods online through Amazon. Orders over $25 are eligible for free super saver shipping.